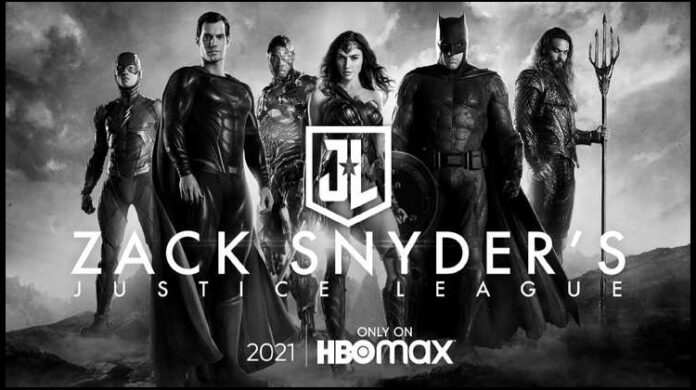 Oh Man! Finally… After a few years… It is happening! 😀 Zack Snyder’s Justice League is set to release on HBO Max in 2021. This breaking news burning down social media, these days.

The Official Warner Bros. Home Entertainment Group & HBO Max announced this 2020.05.21. They have said The Snyder Cut is coming to HBO in 2021. It’s being released Only on HBO Max. Zack Snyder confirmed that this is a Real, again.

Director Zack Snyder and HBO Max announced on 21st May that the highly soughted Snyder Cut of Justice League will be coming exclusively to HBO Max in the next year, 2021. Snyder broke this news to fans that day during a Man of Steel watch party he organized. Snyder surprised fans with the news during the live online commentary of his film “Man of Steel” with Henry Cavill (Superman). Here is a video clip from that moment shared via Twitter.

Justice League Snyder Cut Gets an Official Title and 2 New HBO Max Official Posters. The New Official Title is Zack Snyder’s Justice League. You can see the New Posters in this Article. The images are in Black & White. That’s so Dark, but we know that’s how things happen at DC Cinematic Universe. 🙂

“I want to thank HBO Max and Warner Brothers for this brave gesture of supporting artists and allowing their true visions to be realized,” Snyder shared. “Also a special thank you to all of those involved in the SnyderCut movement for making this a reality.”

Justice League was representation, the first time the superstars of the DC Universe (DCEU) were ever seen together in a Live-Action on the big screen.

This is the movie’s official description previously they provided… :- “In the movie, fueled by his restored faith in humanity and inspired by Superman’s selfless act at the end of “Batman v Superman,” Bruce Wayne enlists the help of his newfound ally, Diana Prince, to face an even greater enemy. Together, Batman and Wonder Woman work quickly to find and recruit a team of meta-humans to stand against this newly awakened threat. But despite the formation of this unprecedented league of heroes – Batman, Wonder Woman, Aquaman, Cyborg and The Flash. It may already be too late to save the planet from an assault of catastrophic proportions.“ – WarnerBros.

Also READ: A discussion before releasing JL Snyder-Cut on HBO MAX, what can we expect? What supposed to be there? Here is everything… DCEU Failure? DC Comics & WB Overview | Zack Snyder’s Justice League Original Cut Review | 10 Facts to Know

Also now we know what this means… “They said you’d come, Let’s hope you’re not too late.” 🙂

There was a big campaign for getting released the Snyder cut. Fans never stopped, they kept trying and today, the results are in front of them. We wish to creators keep protected the happiness of the audience even when the film is released because people don’t need another piece of garbage. 🙂 I am pretty sure the upcoming version will be better. Also, Zack says “It will be an Entirely New Thing, and especially talking to those who have seen the released movie, a New Experience apart from That movie”.

The estimated additional cost of producing the New Cut [Redoing and adding New Visual Effects (Do you remember that Bad CGI? Hope Mr. Snyder will Fix them.) with new music & which will include re-editing the film] is between $20 Million and $30 Million and this may vary according to the situations.

We will stay in touch about what could be the Next step of Warner Bros. because they always surprise us, anyway.