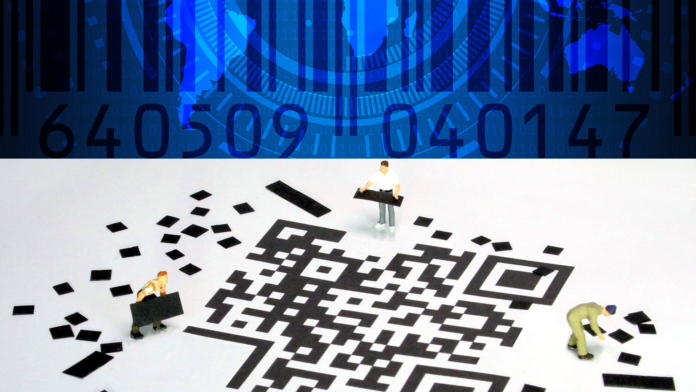 In this article, I would like to explain to you about the QR Code and Bar-code technologies. With this, I hope you will learn something about the History of QR Code & the Difference between Barcode and QR Code.

What is a QR Code?

QR Code has reached a very high-level today. QR Code usage is widely seen in the advertising industry. They don’t forget to get people to their site by tagging a QR Code somewhere on the big bulletin board. Also, the QR Code is included in the Visiting Cards. It allows cardholders to access their personal website easily. Going further, the QR Code also includes various IDs used for public administration and security purposes. One of the main reasons why QR Code is so popular is that a smartphone is in everyone’s pocket. Because the QR Code can be read through an app on your Smartphone.

These QR codes can even be encrypted using the DES algorithm. Then it is impossible for everyone to read it.

Even if a QR code is damaged, its data can be read to some extent. Using those error correction codes. There are four levels to use for this. That is,

Are QR Codes secure? Yes, of course. QR Codes are Secure. Static QR Codes are machine-readable, and the content inside them cannot be changed once generated.

The QR Code was firstly invented in 1994 by Denso, a subsidiary of Toyota, Japan. These are captured by a picture sensor as a two-dimensional image for reading. The image is then digitized and analyzed by a programmer. This processor identifies the first three big boxes in the QR Code. It determines the size and orientation of the QR Code. The small box at the bottom right-hand corner identifies the inclination of the QR Code. Then the remaining dots are converted to binary numbers and corrected.

Later, NTT DoCoMo in Japan developed the QR Code for data, such as URLs and phone numbers. ZXing, a free code project, deals with QR Code and usable data types.

What is a Barcode?

What information is contained in Barcodes? They contain details about a product, such as the manufacturer, size, and type. However, it doesn’t contain price information, which is often stored in a database. The United States, Canada, the United Kingdom, Australia, New Zealand, and many other countries generally use Barcodes known as Universal Product Codes (UPCs).

Are Barcodes unique to each item? These Barcodes are used to identify products throughout the supply chain. Each barcode is unique to the product that it represents. Now you know there are many different types of Barcodes, but you should remember the two types that are standard in retail are UPC and EAN.

The easiest way to read a barcode is by using a scanner. Also your phone can be used as a scanner. If you do not have a scanner available, you will need a computer to look up the numbers. By visiting the GS1 Company Database, you can enter the GTIN to manually determine the business and the product associated with the barcode.

The Difference between Barcode and QR Code

In a Barcode, the information is enclosed in Horizontal Columns. But QR codes can store data for long and tall directions. Similarly, the average number of QR codes is 7089. It can hold up to 4296 letters, which is more information than what is written on a regular-sized paper. This is one of the main reasons why QR codes became so popular over the standard Bar Code. That means more information can be retained. The specialty of QR codes is that they can scan information quickly. That is the meaning of the name QR – Quick Response. QR codes can also be read on your mobile phone. You need to have a mobile phone app installed on it.

These codes exist in even many different colors. Also, we can create these codes in different shapes (styles). I think it is an interesting fact.

The Difference between Barcode and QR code is something that seems obvious. Both QR Code and Barcode technologies are a very important thing these days.

There are some small gadgets that we can use to Scan Barcodes & QR codes. You can see some kinds of gadgets like those in the pictures below. But also your Smartphone can do the same thing. So many Code Reader Apps are available for smartphones. By using one of them, anyone can scan & read the data of these code types easily. It just takes only a few seconds to show you the information included in the codes. They may have a variety of Links, Texts, Prices, Locations, etc.

These QR Codes & Barcodes can be generated by online QR & Barcode Generators simply. I have added relevant google search links above. You can try to create your own code by adding some details.

These code systems are now widely used for a wide variety of things. This has made many things easier in the world. If we bought an item from the market today, there is a high likelihood that any type of code will be printed or pasted as a sticker on it.

I hope this article about the QR Code and Bar-Code was helpful to you. Also, you may got a better idea about the History of QR Codes and the Difference between Barcode and QR Code after reading this. Thank You for Visiting The Cyber Flame. Don’t forget to Like my Facebook Page & Follow me via Twitter & Instagram.