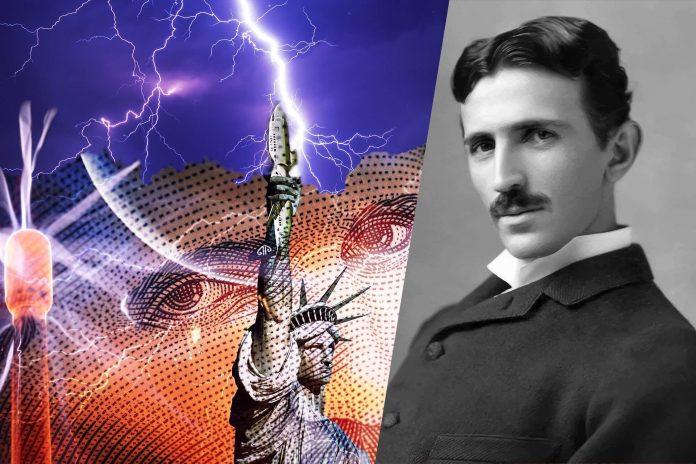 Nikola Tesla – Birth of a Greatest Scientist in History.

Nikola Tesla was born in a Serbian family in Croatia. It happened at lightning midnight on the 10th of June 1856. Because of that, he was called “The child born of electricity”. Since his father was an Orthodox priest, he wanted his son to be a priest too. But little Tesla who saw the various tools and methods which his mother designed to make homework easier wanted to learn the technology. One day, Tesla was struck by a small static current from a cat’s fur and decided he needed to learn about electricity.

Do you believe that Thomas Alva Edison is a great scientist? Have you heard about someone called Nikola Tesla? If the answer to the first question is “yes” and the second one is “No”, this document is for you.

Tesla, who once worked for a trolley company in his motherland, makes the most positive decision of his life. It is to immigrate to the United States. He comes to the United States with only a few clothes, some money for travel expenses, and a letter of introducing himself. He goes to work in the laboratory of the “great scientist”, Thomas Alva Edison. There, Tesla has been doing a lot of research and design for a long time. Edison knew and sold DC electricity. It was a very expensive service at that time.

Edison earned more profits from this business due to the need for a power plant for every square mile, the need for thick cables for transmission, more fire cases, and the high cost of repairing damages to the electrical system. Realizing that Tesla was superior to him, the last project that was handed over to Tesla by Edison was to troubleshoot his DC generators and motors. For that, he promised to give USD 50,000 to Tesla. Tesla completes that work by working day & night and hands it over to Edison and asks for the promised money.

Then Edison refuses to pay Tesla and said, “Tesla, you don’t understand our American humor”.

The breakup of Edison and Tesla begins like that. Nikola Tesla starts a separate laboratory. Only J.P. Morgan and George Westinghouse companies agree to provide financial support for this.

War of the Currents / Current War – AC vs. DC

Now Nikola Tesla begins his works to great extent. He introduces AC current into the world. He built the first Hydro-electric Power Plant in the world in Niagara Falls in an era that never had an idea on generating electricity by water.

Tesla’s AC electricity, which we still use today, is becoming increasingly popular, by giving a deadly blow to Edison’s businesses, since one power plant is sufficient for the entire area, thin cables are well suited for transmission and distribution, and production & maintenance costs are very low.

Edison was not just there. He gave money to school children and stole dogs and cats from homes in New York City. Finally, he found an elephant and horses also. To show that Tesla’s AC electricity is dangerous, this “Great Scientist” publicly electrocuted and burned all those animals. Tesla, who had a unique brain, devised a brilliant strategy. Wearing a Faraday-Cage-like suit, Nikola Tesla publicly demonstrated that his product was safe by sending a high level of electricity through his body. With this, Edison’s DC electricity was rejected in all respects and Tesla’s AC electricity, the friend of the poor, became popular all over the world. (Even today, the electricity used in your home is AC electricity).

Do you think the great scientist Thomas Alva Edison accepted his defeat? He sets fire to Tesla’s laboratory and destroys Tesla’s notes. But, Edison’s this attempt also failed because he forgot that he having an infant brain in front of Nikola Tesla’s most unique and extraordinary brain. Nikola Tesla could speak eight languages. Those are Serbian, English, German, French, Hungarian, Italian, and Latin. After reading it only once, he had a memory that could write an entire book the same way. He could imagine a very complex 3D structure and design it 100% completely without any notes. The damage was insignificant, caused by fire for this kind of brain.

Guglielmo Marconi who is known by all of us found the radio with Edison’s financial support. But, what he really did was send the world’s first radio message using Tesla’s inventions and 17 patents. (Look at the Tesla coils and transistors in a radio). This is how Tesla responded to the media, “Marconi is a good fellow. Let him continue. He is using seventeen of my Patents.” Tesla regained the honor of inventing the radio in a very recent lawsuit, but the majority of the world does not know it.

Robert Watson has the honor of inventing radar in 1935. But, in 1917, during the First World War Nikola Tesla found the Radar Technology on behalf of the American Navy. Unfortunately, Edison was the Head of the Research and Development division of the Navy at that time. Think for yourself the rest.

Tesla has done a lot of other unbelievable inventions.

The last donation of Tesla was Tesla Tower on Manhunt Island. This single tower was capable of providing “free wireless electricity to the rest of the world” by using the Ion sphere above the atmosphere.

In that sense, Tesla must be a millionaire. No, He has always been committed to providing people with economic electricity and the introduction of renewable energy including water, solar, and wind. Since at the time everyone thought that there was enough fuel on the earth for another 50,000 years, Edison was thinking that the future will depend on oil. But, Tesla saw the future up to many eras with his extraordinary mind.

How can earn profits when providing free electricity to people? Thus, Tesla was abandoned by all investors. Tesla benefitted the world by being in debt.

Even though he could have become the world’s first billionaire and the richest person on the planet in that time, Nikola Tesla’s net worth was around $100 according to estimations.

The Death of Nikola Tesla.

How did Nikola Tesla die? Where did Nikola Tesla die? This unmarried man, who had a great love for birds and all other animals, in particular, passed away at the age of 86 in his hotel room as a poor man. Everyone knows about Edison who was a fraudulent businessman, but not even a school textbook teaches about Tesla who created this modern world. But, our children and grandchildren are also indebted to him.

Is the Tesla car named after Nikola Tesla? Yes, it is. And Elon Musk, CEO of the Tesla company has said, “Edison brought his stuff to market and made those inventions accessible to the world, meanwhile, Tesla didn’t really do that.” Elon Musk is a bigger fan of Mr. Edison than Mr. Tesla.