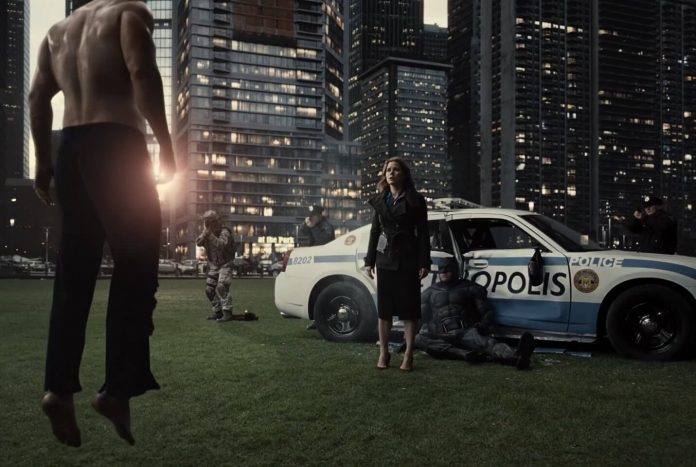 Why did Batman not have a backup plan when he went to resurrect Superman in Zack Snyder’s Justice League (2021)? Did he forgot it, or did Zack Synder make a mistake?

Bruce built a team (The Justice League) for what he cannot do on his own. Even that can also take as a backup plan for bringing Superman back to life. And who knows what did to the Kryptonite that was in the Spear.

First of all, this is not the Batman you knew before. An older version that went overboard after facing a lot of crazy nonsense. Batman that shows up in Matt Reeves’s film is the way that many fans have imagined how Batman should be most likely. Christopher Nolan showed a different (more practical) version.

People who read comics and watched animation movies/series that have been released up to now may have pretty understood Batman’s life struggle. (Play Arkham Games series also if possible).

So they are the ones that you can get an idea about the back story. It is difficult to describe it easily. Better to have an idea by watching.

Well, when simply talking about this incident, it gives an idea about the current situation of Batman by Batman V Superman: Dawn Of Justice (2016) and this Zack Snyder’s Justice League (2021) movie. (Ferocious Batman that showed in the BvS changed once again after the death of Superman). Many times, it tries to explain to us the tiredness of Batman’s long journey, through conversations of Alfred & Bruce Wayne. The opinion of Alfred is that is enough now.

Then, if carefully listened to the dialogue in the screenshots, you may understand why the work was undertaken by Batman without a special plan when they were going to resurrect Superman. Faith… for once, he is relying on faith. Usually, this is not the way Batman works. But also it is not an impossible thing. This is a Batman in such a situation.

Steppenwolf will destroy the earth if the help of Superman is not received. So, why did not carry Lois Lane there, as shown in the Joss Whedon-Cut? It is difficult to think exactly that Superman will not attack even Lois in that situation. It would really be a big mistake if Batman did that. Batman has made such irreparable mistakes before. (The guilt of Superman’s death is being blamed on him. And also he is suffering from Robin’s death.)

Trying to bring Lois in front of the evil Superman for his survival is not suitable anyway. That’s why Zack Snyder’s Justice League (A.K.A. The Snyder Cut) had no childish events as in the Theatrical Cut. The story has shown differently. As usual, it seems like another confusing/weird part of Warner Butcher’s Brother’s Justice League, shown in 2017.

That is my thought on this incident. So what is in your mind? What else would be the Batman’s backup plan for Superman’s resurrection? Feel free to comment your ideas below.

Batman’s plot is very complicated which is brought by Mr. Zack’s vision. Especially to freshers for the CBM, there are many things that haven’t been elaborated clearly, and there are many untold past stories. Most of the plot has to be imagined by ourselves using comic knowledge. In my point of view, this is the reason for some of the criticisms too.

Anyway, if WB had not done any nonsense before, we would have seen a lot of superb movies from the DCEU by now. If this DC Extended Universe was formed as MCU, perhaps we would have hoped for a superb DC-Marvel crossover soon.