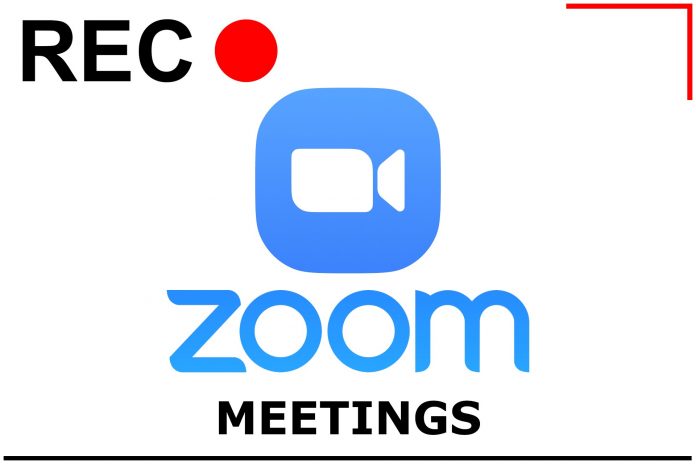 Zoom meetings is a rising current trend in video conferencing which was developed by Zoom Video Communications. Throughout the Covid-19 pandemic duration in the recent past, Zoom had proven to be an effective and successful means of conducting real-time meetings, conferences and webinars due to its vast variety of features and accessibility. The user-friendly interface, secured connections and the reliability of the platform can be held responsible for the popularity of the software.

In the free plan of the software, about a 100 participants can join a concurrent meeting up to a 40-minute timeframe. Users can access more features by subscribing to a paid plan where the participant amount is not limited to a hundred and the timeframe is not restricted to forty minutes. Availability on a variety of platforms like Windows, macOS, Linux, Android and iOS too makes it a widely used software among users.

Among all these features, zoom also offers a number of in-meeting features as well. Ability to schedule meetings, appointing co-hosts, open or closed permissions, meeting chat with various options, whiteboard and screen sharing are some of such prominent features. It is also the security where joining permissions for the participants which makes zoom more reliable, as every entry to a particular meeting session can be cross examined before being admitted into the session.

Zoom also allows you to record meetings on the local device which enables you to view the particular meeting, conference or webinar as a video file at any time. The host and the co-hosts of the meeting who are specifically appointed by the meeting host have the ability to record the ongoing meeting.

How to Record a Zoom Meeting Without Host Permission Free

Some screen recording software are found to not support zoom meetings, where although the visuals are recorded there is no sound output. While some such software are only available for a certain amount of a trial period and then have to be upgraded to a paid subscription, some of them have restricted features during the trial period as well.

The below section discusses some effective methods and suitable software for recording zoom meetings without host permission both in Windows and Android devices.

How to Record Zoom Meeting as a Participant, without Permission

As we previously mentioned, there are many screen recorders that can be used to record your online zoom meetings. As Zoom is a software that supports a number of devices, it is essential to find out software based on them. Among a number of screen recording software that are available for desktop and laptop computers, a widely used one is OBS (Open Broadcaster Software) Studio.

OBS Studio is a free and open source software which can be used for real time video recording and live video streaming as well. It is available for Windows, Mac and also for Linux operating systems. It also supports all major streaming platforms. OBS Studio is easy to use with a user-friendly interface and effective with various features. It has a powerful API which enables plugins and scripts which helps the user to customize the features as per his or her taste. It also enables the user to functionalize the software based on his or her specific needs.

Some of the prominent features of OBS Studio are given below.

It is also very simple to download this OBS Studio to the computer. The software can be downloaded from the official website of OBS Studio – https://obsproject.com/.

After visiting the website, the OBS Studio software can be automatically downloaded to the laptop or desktop PC, by clicking the Windows button. The OBS Studio Quickstart Guide offers a great introduction to beginners who are using OBS Studio for the first time. In addition to this, the OBS Studio Overview helps new as well as older users alike, to solve any of the problems they face while using the software. After downloading the setup from the web page, the software can be installed directly into the computer and is ready to be used.

After the installation there will be no account creation so we do not need to create any kind of account to get access to the software. Nevertheless, the auto-configuration wizard of the software will ask you to choose between,

We can simply change those settings any time just by going to the Tools menu in the application. The user can also select the required resolution in which the video should be recorded.

During an active zoom session, the OBS Studio should be opened and the area that has to be recorded should be selected. It would be easier to use the Window Capture option and determine the Zoom Meeting window as the video source. After the required timeframe is recorded the user can stop the recorder. The saved file can be found in the particular default folder or the folder where the user wants the file to be saved.

How to Record Zoom Meeting Without Host Permission on Android – Free

As previously mentioned, Zoom Meetings is compatible with many devices that are in use today. Therefore among the wide range of screen recorders available, it is essential to sort based on the users’ device as well. OBS Studio was previously discussed for screen recording Zoom meetings without host permission on desktop and laptop computers. As zoom is not only limited to Windows and MacOS we will need to find a screen recorder for android which can be used to record zoom meetings without host permission as well.

As much as there are a vast variety of desktop applications which function as screen recorders, a large number of mobile applications are in use as well. The most recommended and widely used screen recorder for android is the Mobizen Screen Recorder. It has a large number of features that makes it more user-friendly and . It enables High-Definition screen video recording which means videos with 1080p resolution can be recorded with 12mbps and 60fps.

Mobizen also allows recording long screen time without much interruption which might be useful if the user intends to record a complete zoom conference or meeting that lasts for hours. Users tend to use the Mobizen Screen Recorder application as all these prominent features are all free of charge. If the user intends, he or she can remove the watermark from the recorded video by using the Clean Recording Mode for which no rooting is required. In-app purchases are available as well and therefore the application’s functionalities can be customized according to the user’s needs and functions.

Some features of Mobizen Screen recorder which easily attract users towards the application are as follows:

To download Mobizen Screen Recorder, you can visit the Google Play Store in Android and download the application directly to the mobile phone.

Thus, these two software can be used to record zoom meetings without host permission in the easiest way possible with minimal issues to which there will always be a solution.