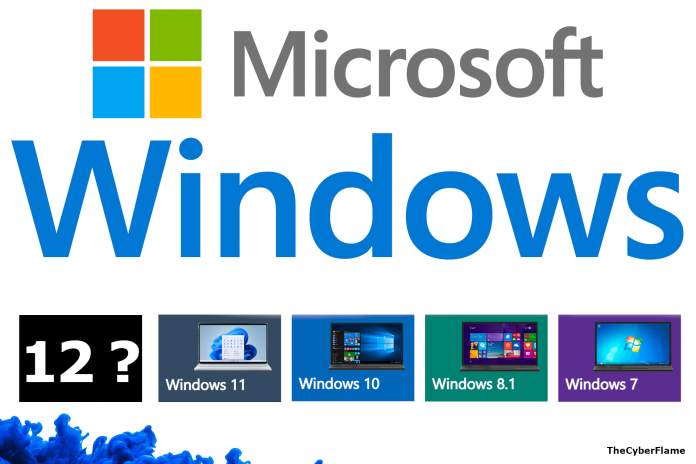 Before 2021, Microsoft described that Windows 10 will be the last windows version. They were talking about a Windows 10X version with some updates. But finally, they posted that the Windows 10X project was cancelled. After a couple of months, they released Windows 11. So now can we expect a Windows 12 version in the future? When will it be released? How much will it cost? Will it be a free update? What will be the hardware requirements?

Will there be Windows 12? | Windows 12 Release Date

So f you are looking for any update about Windows 12 you are in the correct place. We all know windows 11 released in 2021. According to the past Windows version releasing cycle, Microsoft company released them in 3 years (most of the times). With the launch of Windows 10 in 2015, Microsoft originally scrapped its three-year cycle in favour of the concept of Windows as a service. Windows 10 was updated twice a year with significant new features

We can expect Windows 12 to be released in 2024. (But also there is a possibility to release Microsoft Windows 11 Operating System at end of 2023.) Windows 12 is happening and there is no doubt about that.

What will be the system and hardware requirements for Windows 12? Will my PC be enough?

READ: Windows 11 – Things You Should Know before digging into the Upgrade.

Will it be a Paid version or a Free update?

Windows 11 was a free update. Microsoft company allowed us to update windows 10 to windows 11 for free. So if we talk about the license of Windows 12, according to the past journey, Windows 12 will be a free update for a while to understand the use of the new operating system. However you will have to buy Windows 12 if you don’t have an activated Windows previous version.

Will it be essential to update to Windows 12?

Microsoft will surely launch Windows 12 with many new features. In 2021 users were waiting for Windows 10X, more likely a huge update to Windows 10. Microsoft company described that Windows 10X will support dual-screen devices. So we can expect this feature in Windows 12.

And there is a chance to introduce a new dark mode for file explorer in Windows 12. And also Windows 12 will launch with a clipboard history feature. Probably Microsoft will reverse some mistakes that they have made with recent Windows 11, and will introduce a bunch of whole new features. There will be a new messenger app in Windows 12. In Windows 12 upgrade, you will be able to send and receive SMS with your computer or laptop by connecting your mobile. This will be a cool feature for users.

Also, some fancy features like Live Wallpaper capability and enhanced versions of previous functionalities can be expected. This new OS is rumored to be more Android friendly. Not only because it has a built-in Android Emulator, but also because we will be able to sync our Android smartphone to Windows 12 computer.

When we talk about Windows 12 some people have a negative idea about Microsoft works. Some people suspect it may be simply a barely updated version of Windows 11 with a different name. It makes sense when thinking about past experiences. But hope this time we will get a proper upgrade.

Anyone can Download Windows 12 or any other Original Genuine Windows modern version from the Official Microsoft Software Download Centre. You can simply install the latest OS update using the Update Assistant application or create Windows installation media by downloading the (Windows 12) ISO when it is officially released.

If they release the Windows 12 update you should know how to update your computer’s Windows version. For it follows the below steps.